The elevator at Roppongi station is out of order, and can't be repaired 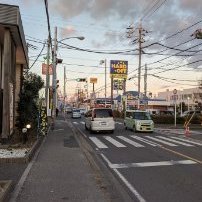