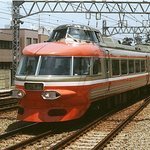 By al camino,
July 8 in Japanese: Other Gauges & Scales